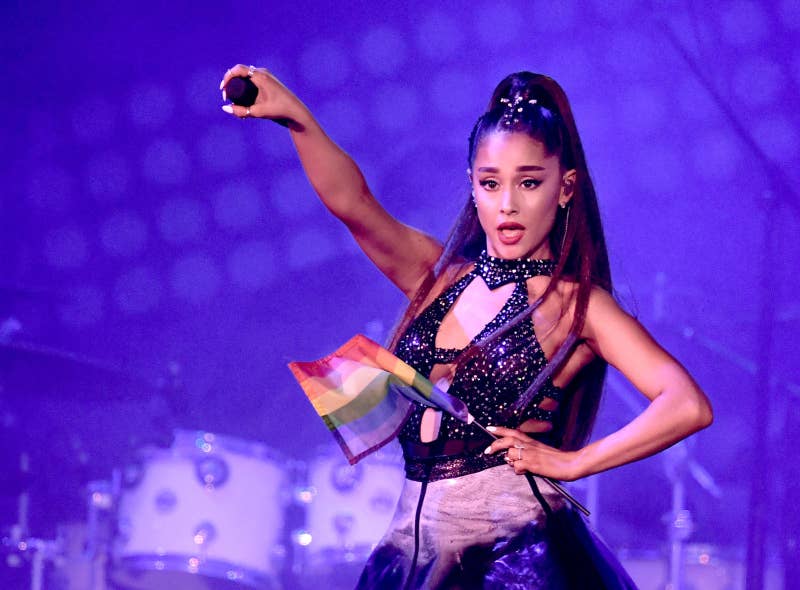 Ariana Grande is now my superhero and here's why--The 25-year old pop star recently put television presenter and professional internet troll Piers Morgan AWWLL the way in his place! That's right, and as always we have every single glorious detail of this momentous occasion.

The 53 year old "journalist" first ATTEMPTED to call out talk show host Ellen Degeneres for the supposed "hypocrisy" of women being able to openly objectify men...and whew chile, the misogyny JUMPED OUT!

Maybe the public has built up an immunity to his incessant sh*t talking or maybe it's the fact that it is nearly impossible to oppress or demean those with privilege (male privilege) while on the opposite side without it but either way the internet seemingly ignored him and his tasteless tweets.

So when Twitter starved him of attention, what he craves most and thrives on, he went for singer Jesy Nelson of beloved British girl group Little Mix.

In response to an article regarding sultry picture of Nelson Piers tells Jesy:

"Put some clothes on"

Morgan caught major heat for slut shaming Jesy, so of course, he took it one step further by criticizing all of the women of Little Mix for their latest promo shoot. He prodded with a lightly condescending remark (his most trusted signature move) by posting a side by side comparison of the beloved British girl group next to a similar image of country band The Dixie Chicks--Both acts strategically posed nude with insults sprawled across their bodies. Piers writes,

"when are you going to admit you stole this idea"

Well the Mixers, the loyal and dedicated fanbase of Little Mix were NOT feeling this AT ALL! Another person who was not feeling Morgan's comment was a woman by the name of Joan Grande, mother of pop star Ariana Grande.

And it was at that exact moment that Piers S. Morgan had f*cked up

By mentioning her name and directly confronting her mother, he had summoned THE one and only Ariana Grande and she. took. NO. PRISONERS!

"I look forward to the day you realize there are other ways to go about making yourself relevant than to criticize young, beautiful, successful women for everything they do."

And finally a few to Piers Morgan

Yaaaasssss Ari brought the shade, the receipts, and most importantly THE FACTS!!!!

Since being dragged Piers has mostly been mum, which is a huge feat within itself. We're starting to think this Dangerous Woman might secretly be superwoman. What would her powers would be? Of course her ear-piercing high notes, infinite amount of clapbacks, and a purely indestructible ponytail. Her one weakness? an admitted lack of enunciation but lets be real those are all the reasons we ADORE her!