Beyonce cuts ties with Philip Green after harassment claims + buys out his share of her Ivy Park!

When Sir Philip Green was named in parliament by Lord Peter Hain as the individual who sought to prevent the publication of allegations of sexual harassment and racial abuse by the Telegraph, many wondered what the consequences would be. Green denies all allegations made against him, as the BBC reports, and it remains to be seen if there will be any further legal action taken. The hashtag #pinknotgreen trended on Twitter, with many calling for a Topshop boycott. However, one of the first changes we've seen over at the Arcadia group is Beyonce buying Philip Green out of Ivy Park, her clothing line which had been produced in collaboration with Topshop.

According to The Guardian, Green owned a 50 percent share in the sportswear label, which launched in 2016. But in a statement, a spokesperson for the brand confirmed that Beyoncé's company Parkwood had bought him out.

“After discussions of almost a year, Parkwood has acquired 100 percent of the Ivy Park brand. Topshop/Arcadia will fulfil the existing orders,” the spokesperson said.

According to the spokesperson, it seems Beyoncé — who is a feminist — took the decision to separate from Green's Arcadia empire before the accusations reported by the Telegraph. However, as the BBC reports, Beyoncé had been under pressure from campaigning groups to change her relationship with the brand. Bustle have reached out to a spokesperson for Arcadia for comment, but a representative for Green declined to comment further to the BBC. 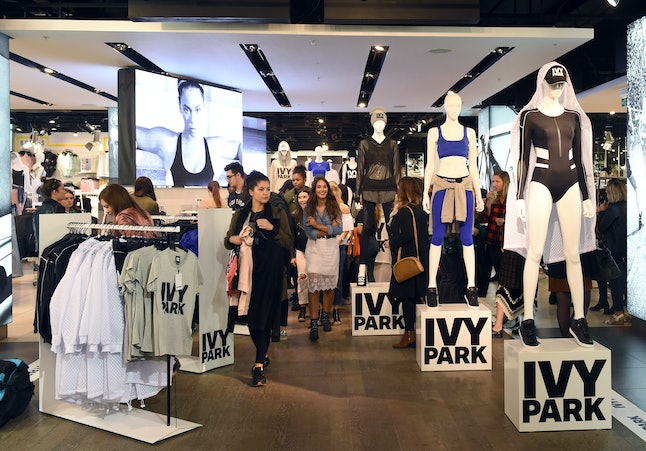 The statement makes it clear that anyone with outstanding Ivy Park orders will receive them, but doesn't detail what the move means for the brand's future in the long-term. But with any luck, the gods of athleisure are smiling down and Beyoncé will either strike up another partnership with a different brand, or take production in house.

According to The Sun, at the time the partnership was announced Beyoncé shared her excitement to be working with Topshop. “I have always loved Topshop for their fashion credentials and forward thinking," she said. "My goal with Ivy Park is to push the boundaries of athletic wear.”

Beyoncé isn't the first person to sever ties with Green. Simon Cowell has also distanced himself from the businessman, revealing in an interview that he "stopped talking" to his former friend three years ago. He told The Sun, "[Green] was part of the company but three years ago we just stopped talking. When it came to severing the ties, I wasn’t arguing about the money. You simply make a decision of who you want in your life and your business and it was my decision." 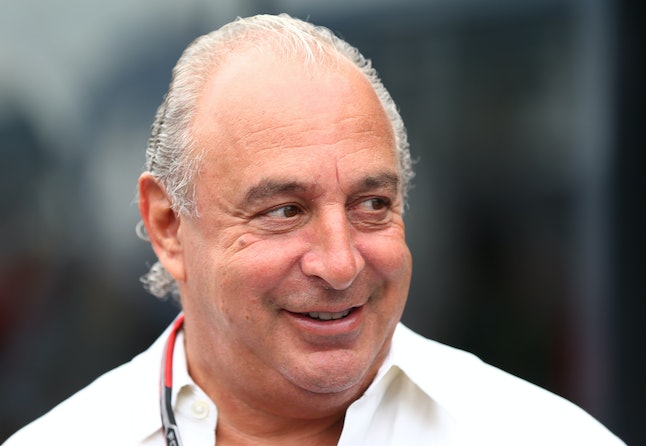 Last month, the Telegraph published a story containing allegations of sexual harassment and abuse against an unnamed UK businessman. It revealed that the publication had been prevented from confirming the identity of the man in question because he had taken out an injunction. Lord Peter Hain used parliamentary privilege (a right that protects members of parliament from certain legal repercussions while doing their duties) to name Green as the subject of the article. Green denies all allegations and described the scandal as "a horror story."

He told the Mail on Sunday, “It’s a horror story. Somebody can say whatever they like and people just follow you around, chasing you and harassing you. I’ve been in business for more than 40 years. There has obviously from time to time been some banter and a bit of humour, but as far as I’m concerned there was never any intent to be offensive.”