Cicely Tyson capped her legendary career in Hollywood on Sunday when she took home an honorary Oscar.

Just a month before she turns 94, Tyson wowed in a metallic dress with shiny gloves and chic chin-length hair as she became the first black woman to receive an honorary statuette from the Academy. 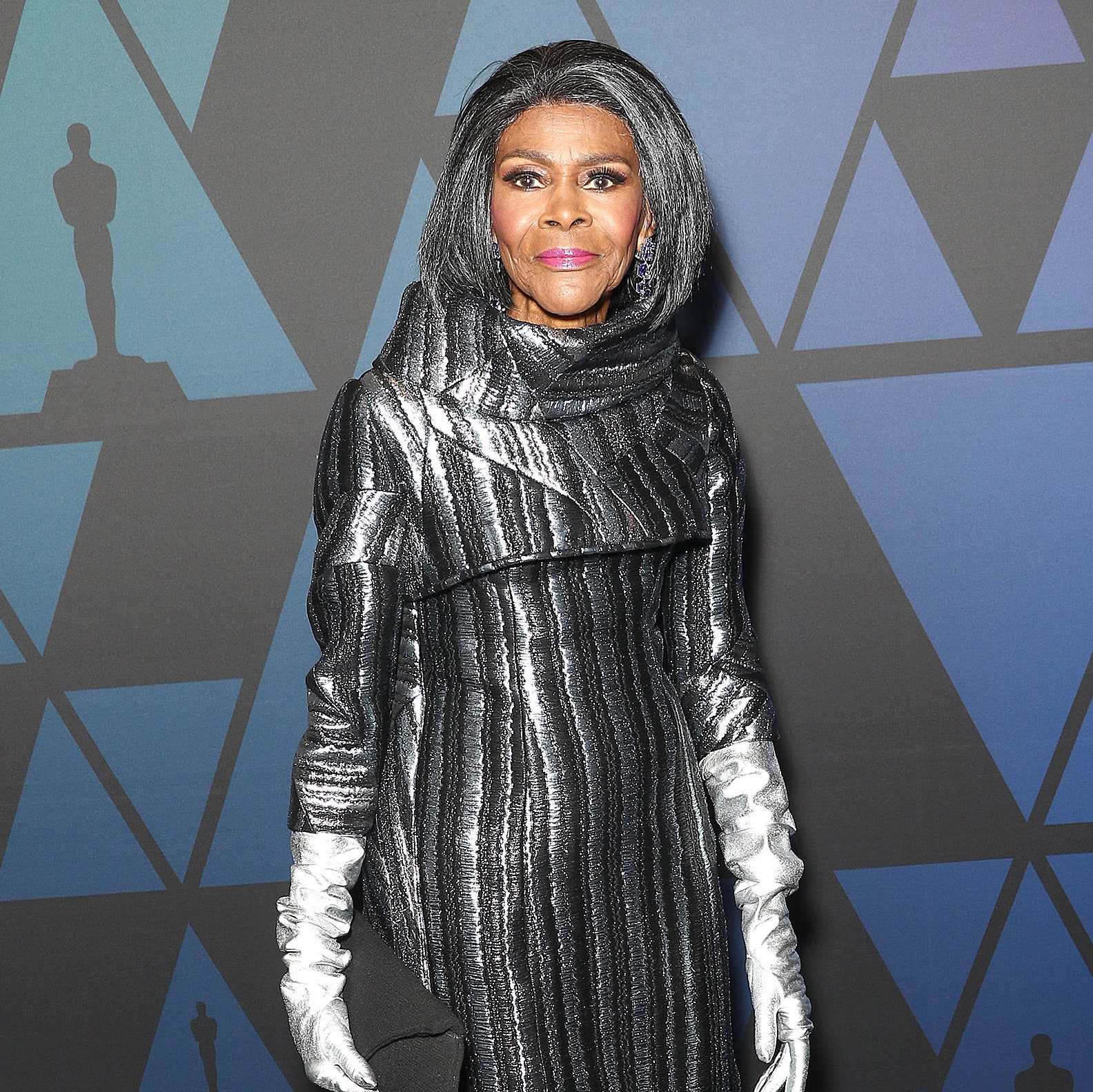 The iconic performer — who has starred in projects like Fried Green Tomatoes, Diary of a Mad Black Woman, The Help and The Heart Is a Lonely Hunter — was previously nominated for Best Actress in a Leading Role at the 1973 Academy Awards for her work in Sounder.

Tyler Perry, Ava DuVernay and Quincy Jones presented Tyson with the award. DuVernay called Tyson “the seed for so many of us, the rose that we adore.”

“Her work, grace, dignity, class, humility and profound professionalism firmly placed her on the pedestal of Hollywood royalty, and now, at long last, I could not be more honored to say that tonight, Cicely Tyson receives her more than well-deserved Oscar,” Jones said.

The Academy✔@TheAcademy“Her work, grace, dignity, class, humility and profound professionalism firmly placed her on the pedestal of Hollywood royalty, and now, at long last, I could not be more honored to say that tonight, Cicely Tyson receives her more than well-deserved Oscar.” -@QuincyDJones 3508:47 PM - Nov 18, 2018Twitter Ads info and privacy

Tyson then delivered her acceptance speech. “I don’t know that I would cherish a better gift,” Tyson said. “This is the culmination of all those years of haves and have not.”

At her buzzy table, which Oprah Winfrey offered a peek at in a group shot, Tyson mingled with Shonda Rhimes, Anita Hill and Winfrey.

“Here at the Academy Governor’s Awards celebrating Royalty!” Winfrey gushed. “Ms. Cicely Tyson’s getting a long overdue Oscar! And yes that IS THe Anita Hill standing behind chair!”

DuVernay posted a boomerang of Rhimes, Winfrey and Lupita Nyong’oleaning in to smooch Tyson at the table. “Queens with the queen,” she said.

Alongside another picture from the night, Winfrey said, “A first: never seen this many Black directors in one room. All celebrating Ms. Cicely Tyson and her honorary Oscar!! Can you name them all?”

“Heading out to celebrate with the incomparable #cicelytyson as she accepts her Oscar at the Academy’s #governorsawards. She has blazed so many trails for us,” Rhimes praised on Instagram as she posed in her elegant black gown. “#legend #thankyouMsTyson.”

Her mission was a success: Later in the day, she posted a picture of herself next to Tyson and wrote, “Beyond honored to present our beloved Ms. Tyson with her Academy Award.”