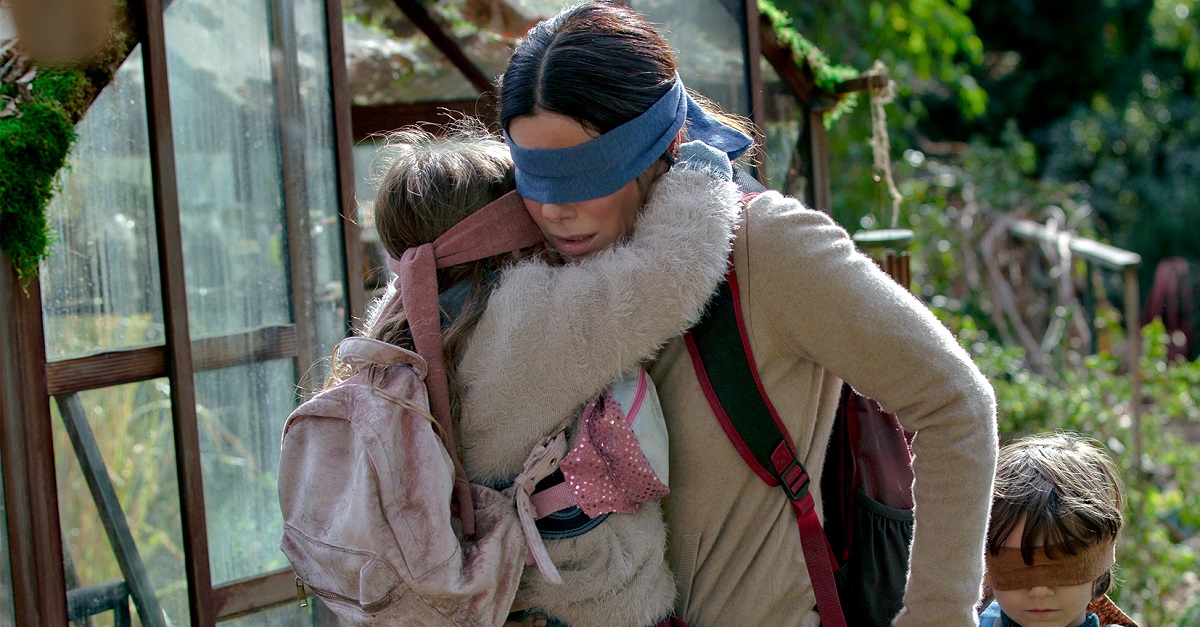 Netflix’s frightening thriller “Bird Box” scored the biggest seven-day viewership of all the streamer’s original movie releases to date — with just over 45 million member accounts globally having watched the movie in the first week, the company claimed Friday.

The movie bowed Dec. 21 worldwide on Netflix, and became an instant — if traumatizing — Christmas Day family-viewing experience for some. The Sandra Bullock-starrer also has spawned a raft of internet memes since its release.

In “Bird Box,” Bullock is a single mom trying to save her kid’s lives after mysterious forces invade Earth and causes people to kill themselves. Survivors navigating the post-apocalyptic world must wear blindfolds or be exposed to supernatural entities that embody their deepest fears.

“Took off my blindfold this morning to discover that 45,037,125 Netflix accounts have already watched Bird Box — best first 7 days ever for a Netflix film!” the Netflix Film account on Twitter boasted Friday.

A Netflix spokeswoman said the 45 million accounts it tallied as having watched “Bird Box” were counted only after a view surpassed 70% of the total running time including credits. In other words, those accounts had viewed at least 87 minutes of the 2 hour, 4 minute movie. Each Netflix account may have included multiple views (and viewers) of “Bird Box” but were counted only once toward to the 45 million total. According to the rep, this info applies to “Bird Box” specifically and “should not be taken as a metric for all Netflix content.”]

If 45 million Netflix member accounts did indeed watch “Bird Box” in its first week on the service, that would represent about one-third of the company’s 137.1 million total reported streaming subscribers as of the end of the third quarter of 2018.

At an investment conference earlier this month, chief content officer Ted Sarandos — in trying to back up his point that Netflix’s original movies are gaining ground — claimed that “The Christmas Chronicles” starring Kurt Russell was viewed by Netflix members 20 million times in its first seven days.

Netflix has made some fishy claims in the past regarding the performance of its originals. For example, Sarandos suggested that if “The Christmas Chronicles” had been a theatrical release, 20 million views would make it tantamount to a $200 million first-week movie opening. But that’s a specious comparison: Netflix subscribers pay a flat monthly fee for the entire service — they aren’t specifically buying tickets to see individual movies.Prior to its streaming debut, Netflix gave “Bird Box” a one-week theatrical run starting Dec. 13 in Los Angeles, New York, San Francisco, and London, followed by a wider release. The company also has given limited theatrical releases to other awards contenders, including Alfonso Cuarón’s “Roma” and the Coen brothers’ “The Ballad of Buster Scruggs.”

“Bird Box” has garnered tepid reviews, with a 66% favorable critics’ rating on Rotten Tomatoes (and a 74% audience approval rating). Variety‘s Peter Debruge, in his review, criticized “the film’s recurring strategy of not showing audiences what they most expect to see,” saying that it’s “a monster movie without a monster.”