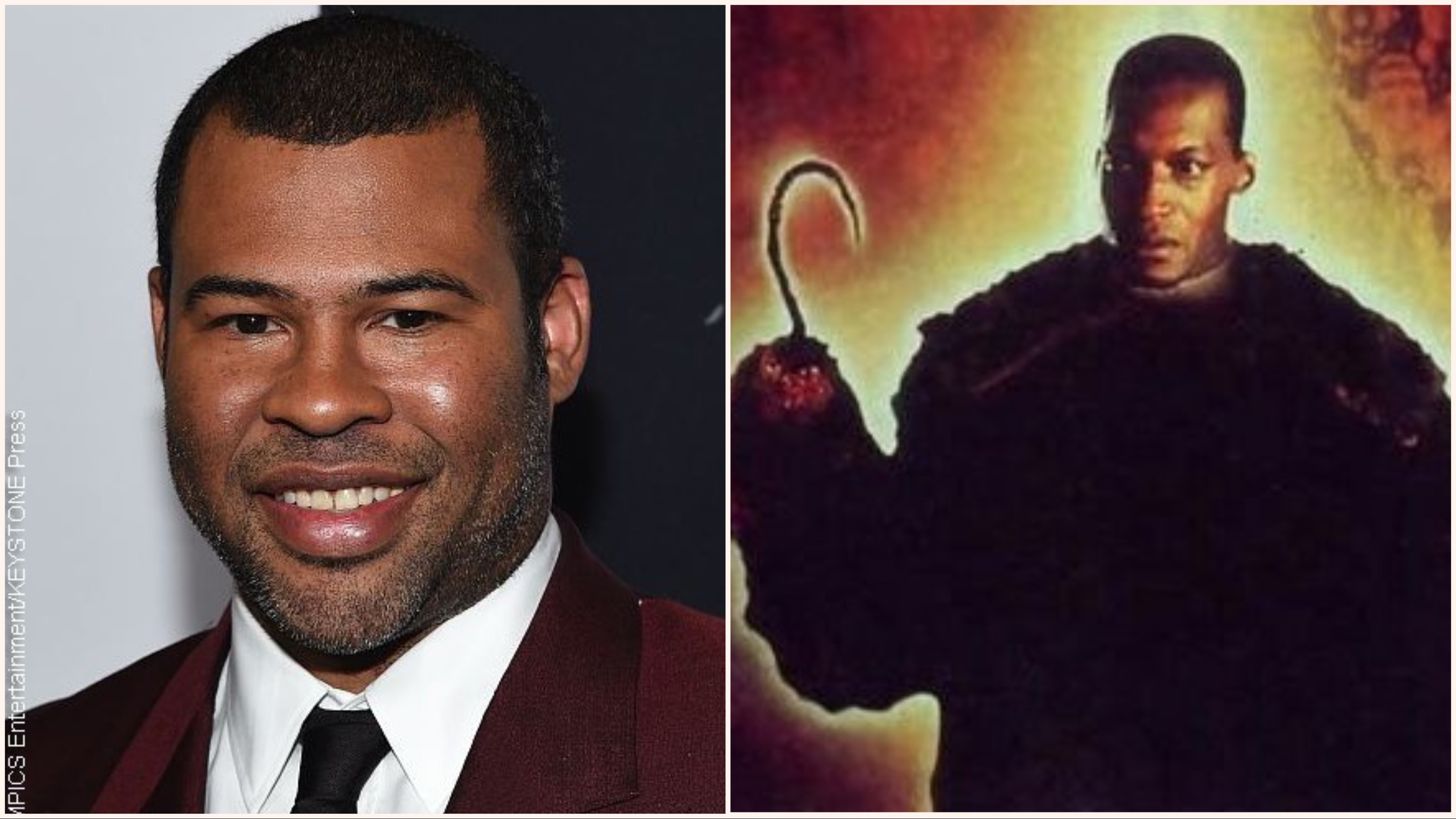 Get out! Jordan Peele will be rebooting the classic horror film Candyman and the news almost too sinfully sweet to handle!

That's right, Peele will be returning to the chilling genre of horror and gore to revive the 1992 classic film about the cryptic urban legend based on the short story The Forbidden by Clive Barker. According to reports, the comedic actor turned super producer/writer will be teaming up with MGM Pictures is through his Monkeypaw Productions’ company.

Jordan will be teaming up with Win Rosenfeld and Nia DaCosta to respectively help write and direct the screenplay, which is slated for a 2020 release.

The announcement was made today earlier this week by MGM Motion Picture Group president Jonathan Glickman.

The new Candyman is being billed as a “spiritual sequel” to the original and returns to the neighborhood where the legend began: the now-gentrified section of Chicago where the Cabrini-Green housing projects once stood. Tony Todd originated the role of Candyman aka Daniel Robitaille, an urban legend who is summoned to kill when his name is said five times by a person facing a mirror.

Cameras will roll this spring and Universal Pictures will release Candyman in the U.S. on June 12, 2020. MGM is producing and financing. Adam Rosenberg, MGM’s co-president of production, and Tabitha Shick, MGM’s VP Production, will oversee the project on behalf of the studio and Ian Cooper will produce for Monkeypaw.

“We cannot wait for the world to see what the mind-blowing combination of Jordan, Win and Nia bring to the legend of Candyman,” Glickman said. “They have created a story that will not only pay reverence to Clive Barker’s haunting and brilliant source material but is also thoroughly modern and will bring in a whole new generation of fans.”

Said Peele: “The original was a landmark film for black representation in the horror genre. Alongside Night of the Living Dead, Candyman was a major inspiration for me as filmmaker — and to have a bold new talent like Nia at the helm of this project is truly exciting. We are honored to bring the next chapter in the Candyman canon to life and eager to provide new audiences with an entry point to Clive Barker’s legend.”

Peele wrote and directed Get Out which earned $250 million worldwide for Universal and Blumhouse and reaped four Oscar noms including Best Actor, Best Director, Best Picture and a Best Original Screenplay win for the filmmaker. Meanwhile, MGM is coming off of a fantastic weekend with Creed II, which turned in the best five-day Thanksgiving opening ever for a live-action feature with $56M.

There’s been buzz out there about Peele circling a Candyman, remake but MGM, Universal and Monkeypaw made the news official today, and what’s new is DaCosta as director and Universal’s summer release.

The original movie spawned a 1995 sequel Candyman: Farewell to the Flesh and a 1999 one Candyman 3: Day of the Dead, the latter which was direct to video.