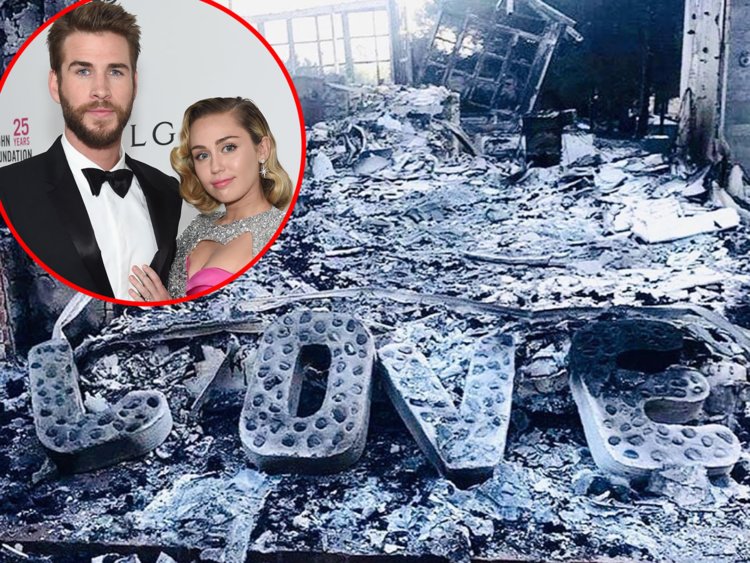 Miley Cyrus and Liam Hemsworth are among hundreds of Southern California residents who have lost their homes in the Woolsey fire. A representative for Cyrus shared a statement with Rolling Stone that the singer and actor are safe with their animals and plan to donate $500,000 to the Malibu Foundation through Cyrus’ Happy Hippie foundation. The money will be used to assist those in financial need, while also providing relief assistance and contributing to rebuilding efforts, wildfire prevention and climate change initiatives.

On Monday, Cyrus posted a string of tweets in which she said, “Completely devestated by the fires affecting my community. I am one of the lucky ones. My animals and love of my life made it out safely & that’s all that matters right now. My house no longer stands but the memories shared with family & friends stand strong.”

Earlier today, November 13th, Hemsworth shared a picture of the ruined Malibu home, writing, “Many people in Malibu and surrounding areas in California have lost their homes also and my heart goes out to everyone who was affected by these fires. I spent the day in Malibu yesterday and it was amazing to see the community pulling together to help each other out in any way they can. Malibu is a strong community and this event is only going to make it stronger.”

Per The New York Times, the Woolsey fire has destroyed about 435 structures, while as many as 57,000 structures are believed to be under threat. In all, the fires raging across California have killed 42 people, while more than 200 people remain missing.

Variety has noted that the fire has also claimed homes belonging to Neil Young, Gerard Butler and Robin Thicke, while Lady Gaga, Kim Kardashian West and Alyssa Milano are among the hundreds of thousands of evacuees.

On Sunday, Young posted a statement regarding the destruction of his house on the Neil Young Archives site Wednesday. “Firefighters have never seen anything like this in their lives,” Young said. “I have heard that said countless times in the past two days, and I have lost my home before to a California fire, now another.”

Young also criticized President Donald Trump’s tweets, in which he accused California of “gross mismanagement of the forests” and threatened to cut off federal payments. “California is vulnerable – not because of poor forest management as DT (our so-called president) would have us think,” Young replied. “We are vulnerable because of Climate Change; the extreme weather events and our extended drought is part of it.”