NEW Do, Who Dis?: Ariana Grande's Trades In Her Iconic Ponytail For A Legendary Lob!

Ariana Grande, the queen and leader of thigh highs & even higher ponytails has seemingly switched up her style! The Sweetner singer debuted her new do on social media and fans were taken aback after realizing Grande's signature tresses had been noticeably shortened.

Yes, according to Elle, Ariana chopped off all that hair—and removed any extensions revealing a beautiful blunt cut, that can only be described by hair experts as a "lob." (long bob)

Grande's hair has been through quite the journey. The 'Breathin' beauty is no stranger to playing with her hair color, lets not forget the fiery hot cheeto red from her youth. Not to mention, just this year alone, Ari has consistently bounced between a long platinum wig and her natural brunette color and even tried her luck with lavender. 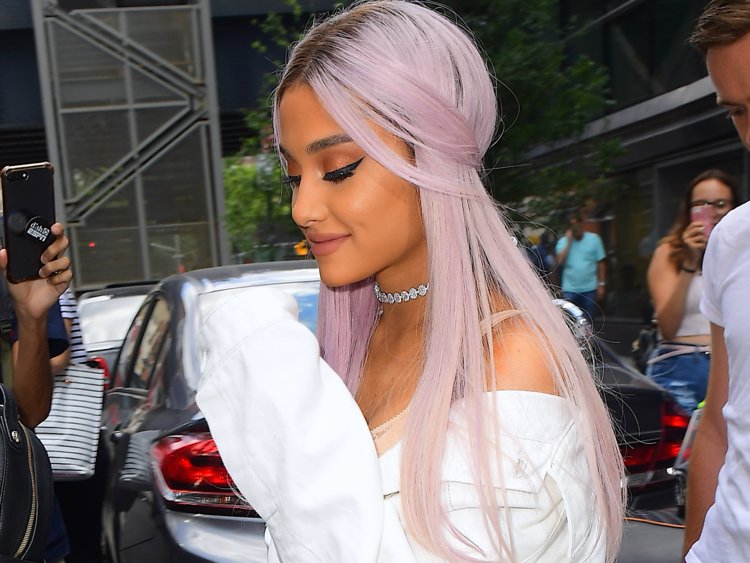 But this is Grande's first time this year dramatically changing her length. Grande recently opened up to Camila Cabello about how painful the hairstyle is. When Cabello tweeted Grande that doing a high ponytail hurt her head, Grande replied: "well u actually have hair so that prolly makes it a lil more painful ..... nah jk i’m in constant pain always and don’t care at all."

Now , we're sure this won't be the last we'll see of the pony--Especially considering Ari's avid use of wigs and extensions but given her traumatizing hair past dating back to her nickelodeon days, it's so refreshing to see her embrace a simpler style and still rock tf out of it!