Stacey Abrams Has Effectively Ended Her Campaign For Governor In Georgia 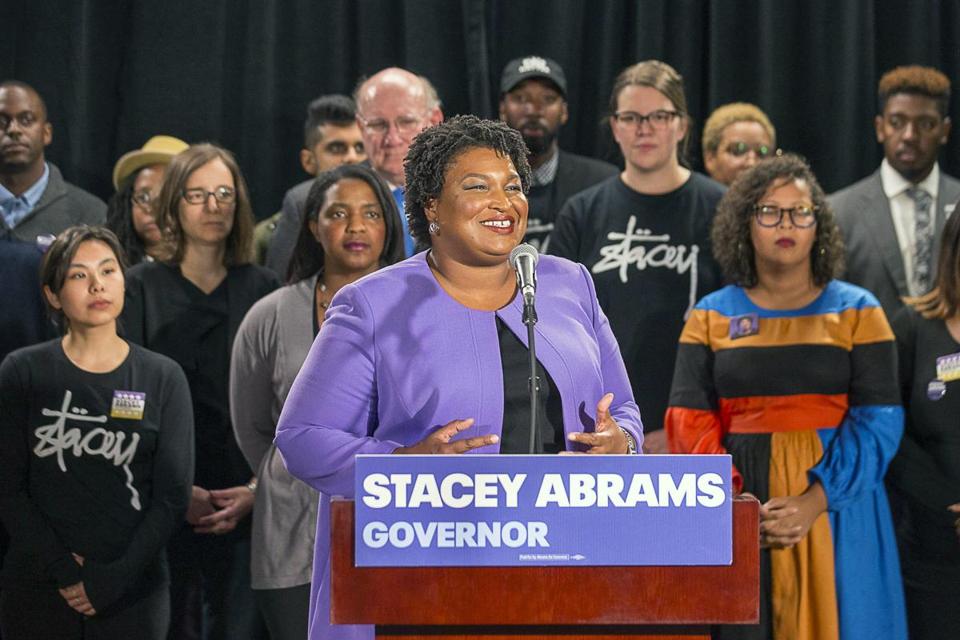 Democrat Stacey Abrams effectively ended her campaign for governor in Georgia on Friday night, accepting that Republican Brian Kemp would soon be named the official winner.

“I acknowledge that Brian Kemp will be certified as the victor in the 2018 gubernatorial election,” Abrams said at a press conference. “But to watch an elected official who claims to represent the people in this state baldly pin his hopes for election on the suppression of the people’s democratic right to vote has been truly appalling.”

She refused to call her statement a traditional concession, maintaining that the race was rife with voter suppression and unfair, but that she had limited legal options to proceed further.

“This is not a speech of concession. Because concession means an action is right, true, or proper. As a woman of conscience and faith, I cannot concede that. But my assessment is the law currently allows no further viable remedy,” Abrams said.

Voting rights has been the central issue in the race. Kemp until recently was Georgia’s secretary of state, serving as the state’s top elections official. In that role, his office held over 53,000 voter registration applications — predominantly from black voters, the AP reported — for what it called voter roll maintenance. Abrams’ campaign has said those efforts and others amounted to voter suppression and called on Kemp to resign as secretary of state, a step he only took last week.

In the first debate of the election, Abrams accused Kemp of creating “an atmosphere of fear” around voting in the state. Kemp refuted the claims and blamed Abrams and her voter registration organization for “sloppy” voter applications.

National Democrats have backed Abrams up, with some high-profile senators suggesting that the election has been unfairly conducted. “If Stacey Abrams doesn’t win in Georgia, they stole it,” Ohio Sen. Sherrod Brown said this week.

Abrams said Friday that she planned to soon file a “major federal lawsuit” against Georgia “for the gross mismanagement of this election and to protect future elections.”

Kemp declared the election over soon after Abrams’ remarks, and implored the state to move past “divisive politics.”

Georgia’s election officials have spent the days since last Tuesday’s election trying to count outstanding ballots in the race, where Kemp has consistently held just over 50% of the votes. That margin is crucial: Under state law, if no candidate clears 50%, the race, which featured three candidates, would go to a December two-candidate runoff election.

Abrams had pushed for a runoff since the results came in on Election Day. “If I wasn’t your first choice, or if you didn’t vote, you’re going to have a chance to do a do-over,” she said early last Wednesday morning, hours after Kemp had declared victory.

Abrams on Friday asked her supporters not to be angry, or turn away from politics. “The antidote to injustice is progress,” she said. “The cure to this malpractice is a fight for fairness in every election held, in every law passed, in every decision made.”