Yep, the pint-sized pop star just dropped her brand new music video for her hit single 'Thank U, Next.' As we previously reported, Grande teased fans via instagram last week with behind the scenes snaps from the video where she channels rom-com teen classics like Mean Girls, Bring It On!, Legally Blonde, and 13 Going On 30! Because of this, fans seemingly knew what to expect from the video but after watching we definitely were NOT ready for absolute perfection of it all.

From the expert execution and EPIC production value to the spot on references and celebrity cameos like Jennifer Coolidge, Colleen Ballinger, Jonathan Bennett, Troye Sivan and Kris (frickin') Jenner this video was everything we could've asked for and MORE! The 25 year old powerhouse even reunited with her nickelodeon pals Liz Gillies, Daniella Monet, and Matt Bennett.

Not only did TUN have all of the interwebs SHOOK but the visual even set a new Vevo record for garnering over 50 million views within the first 24 hours of its release.

Check out the video after the jump:

But we do have some observations!!!

Could this be the rekindling of one of our fav throwback couples?! Sean is rumored to be back on the market and apparently he could STILL get it 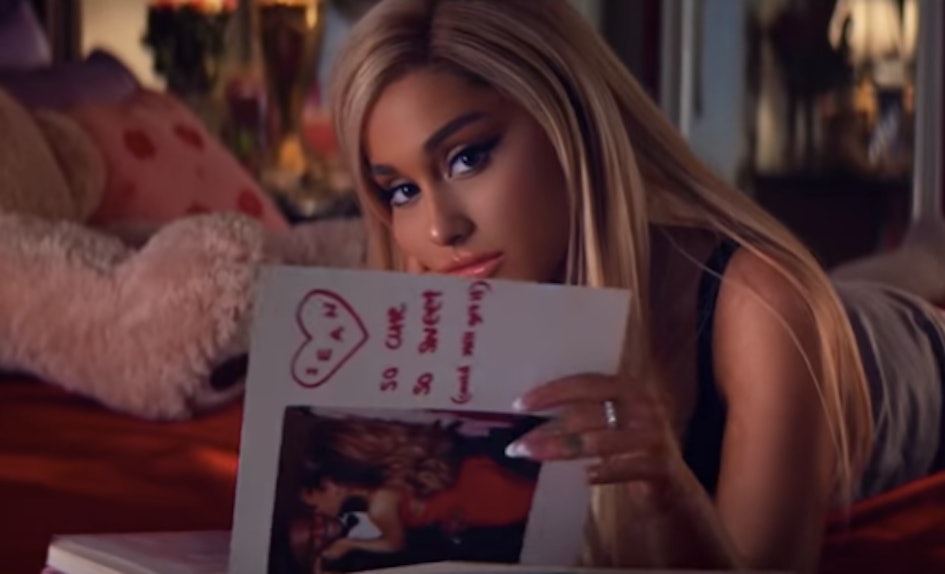 Also, while we're reuniting with old victorious cast members... where was Victoria Justice?

But all in all, after this masterpiece, all I can say to Ariana is thank you--now let's see what's next!!

How Mariah Carey’s ‘All I Want for Christmas Is You’ Finally Hit No. 1